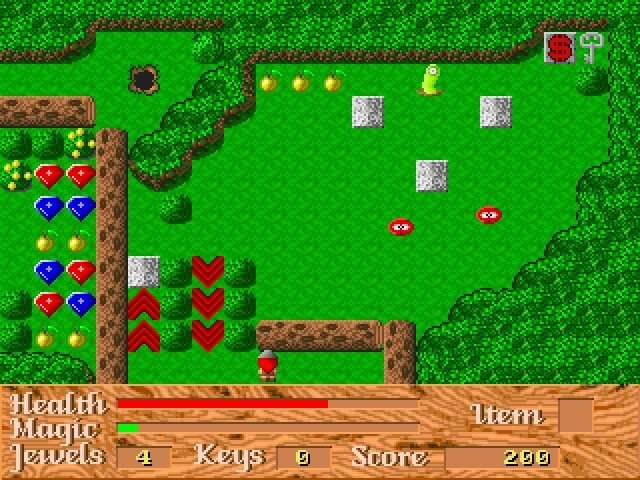 “God of Thunder was written by Ron Davis in 1993. It was never given much of a chance in the shareware market due to lack of funding, so this great game remains very rare. God of Thunder's unique combination of strategy and arcade action on the PC make it a classic favorite.” - Adept Software
Review by Game Hippo:
“God of Thunder is an old game from 1994. It was once shareware but was released as freeware due to its age. Although the game is mostly shoot the enemy type gameplay, it contains many puzzles. Although this game is old, it is incredibly fun. It gets addictive but has little replay value once you win the game.“

The Fire of Ardor
RPG