puzzle / tile-matching
liberated (?)
Squarez Deluxe is a puzzle game released in 1992 designed and developed by Adept Software. Squarez Deluxe can be described as a liberated game and can be played on the following operating systems: DOS. Squarez Deluxe is also a multiplayer game.
Free Games Utopia is made possible by displaying online advertisements to visitors.
Please consider supporting us by disabling your ad blocker. 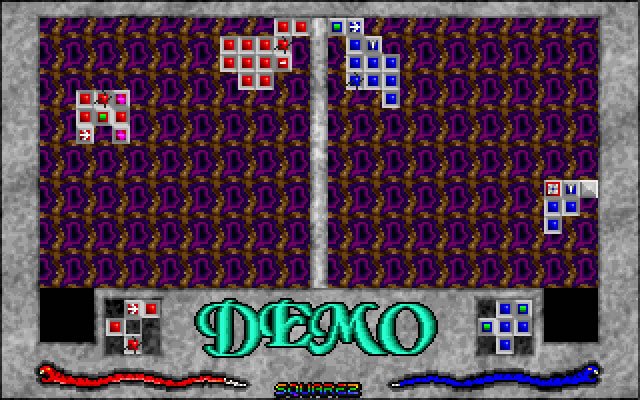 “Squarez Deluxe started out as simply "Squarez" on a Commodore 64. That project was abandoned for the PC version, which was released without a publisher in 1992. After Jetpack was released, I took a month to completely rewrite Squarez and redo all the graphics. The amount of art was small enough that I did it all myself without it coming out too shabby. Squarez deluxe is very popular among the puzzle / strategy game crowd. Many people complained about missing sleep and marital problems because of their Squarez addiction. ” - Adept Software