platformer
liberated (?)
Pharaoh's Tomb is a platformer game released in 1990 designed and developed by 3D Realms. Pharaoh's Tomb can be described as a liberated game and can be played on the following operating systems: DOS, Windows. 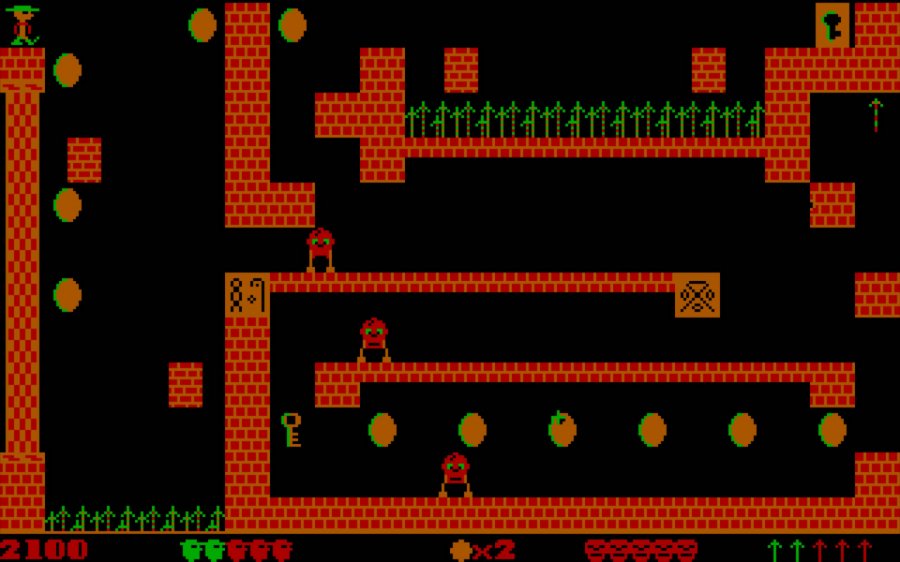 “Pharaoh's Tomb is an arcade-adventure game set in a huge Egyptian pyramid. Explore 20 uniquely-dangerous levels riddled with ingenious puzzles and traps. You start with five lives and a few spears, which can he thrown at offending denizens that patrol the pyramid. Pharaoh's Tomb consists of four unique volumes, which concludes with "Nevada's Revenge." ” - 3D Realms

A Game with a Kitty 7: Sky Crashers
platformer