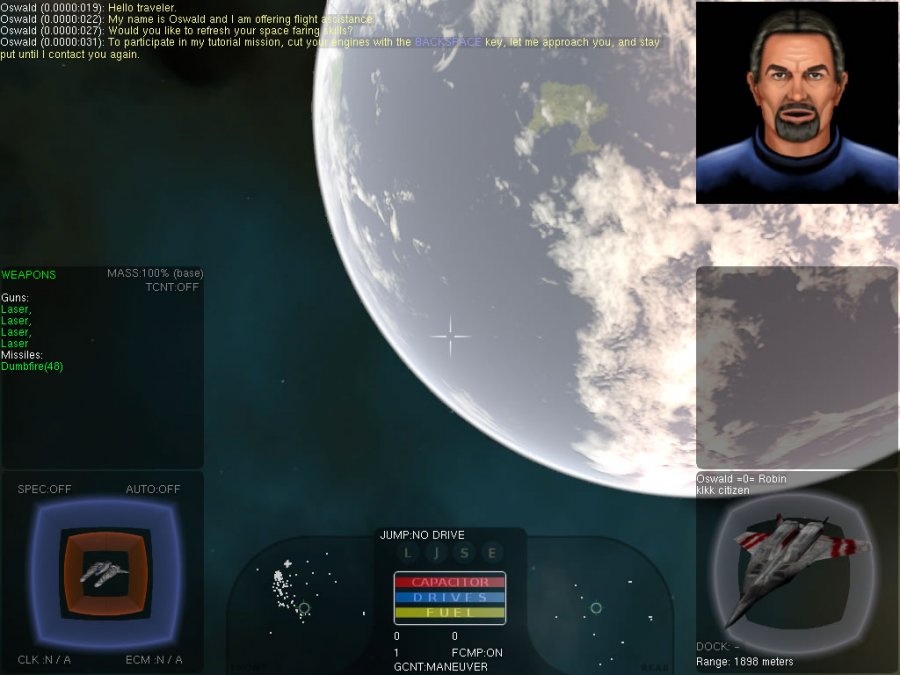 “Vega Strike is an Open Source 3D Action-Space-Sim that lets you trade, fight, and explore in a vast universe.Vega Strike is built on top of OpenGL and runs on Win/Lin/Mac platforms. Vega Strike (the game) is currently in a playable state, but both game engine and dataset are under continued development.” - The Vega Strike Team