platformer / metroidvania
free, optional donation (?)
Iji is a platformer game released in 2008 designed and developed by Daniel Remar. Iji can be described as a free, optional donation game and can be played on the following operating systems: Windows.
Free Games Utopia is made possible by displaying online advertisements to visitors.
Please consider supporting us by disabling your ad blocker. 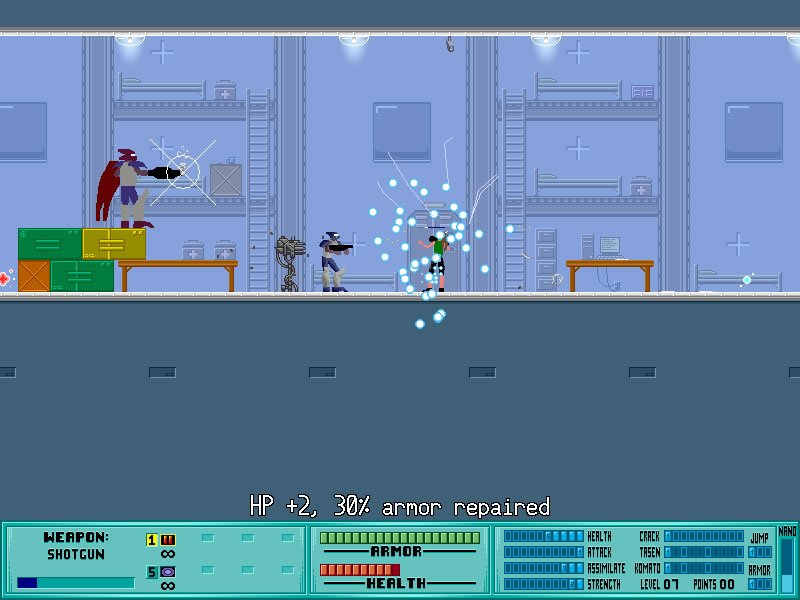 “Iji is an action-packed strategic platform shooter with a detailed story, large levels with multiple paths, powerful bosses and lots of secrets. There are alternate gameplay events, dialogues and scenes depending on what you do, a wealth of extras and bonus features, and seven stats to upgrade through a leveling system.” - Daniel Remar
What Free Games Utopia thinks:
“I quite enjoyed Iji. It's a slow paced platform game with a story, and it works! The story is interesting enough to keep me from skipping the dialogues (I'm not spoiling anything, don't worry). The first part of the game is like a tutorial and it works too. The mechanics are interesting and the game itself is fairly playable. If you're into fast paced action games, look elsewhere; everyone else: give it a try.“

Princess Remedy In a World of Hurt
RPG