shooter / shoot 'em up
free, optional donation (?)
Hydorah is a shooter game released in 2010 designed and developed by Locomalito. Hydorah can be described as a free, optional donation game and can be played on the following operating systems: Windows.
Free Games Utopia is made possible by displaying online advertisements to visitors.
Please consider supporting us by disabling your ad blocker. 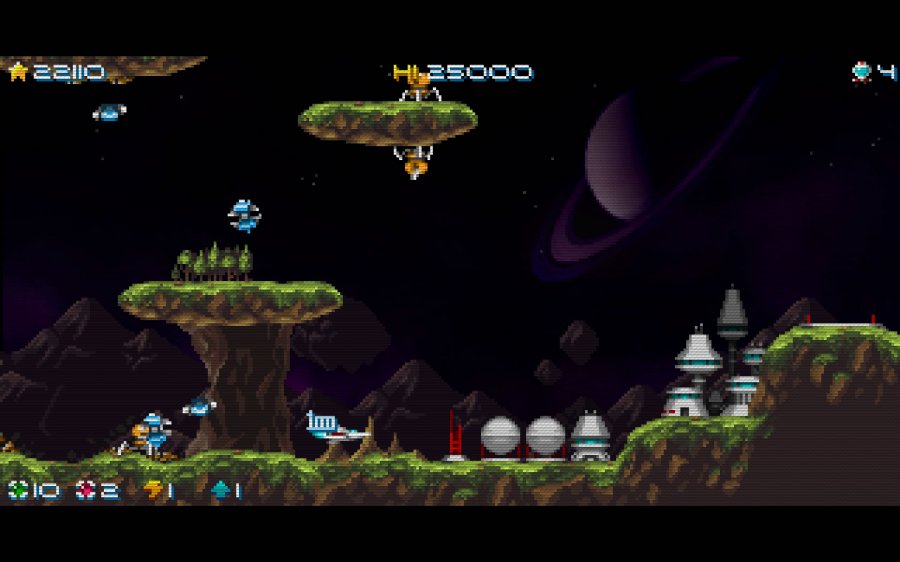 “Hydorah is a nonlinear classic shmup with a large library of levels and enemies. The difficulty is based on the 80s standards, so it requires mastering in order to progress. Graphics are simple enough to not interfere with the gameplay, while they're polished to show the unique personality of each level.” - Locomalito
Review by Freeware Database:
“Hydorah is a Gradius-style horizontal shooter that features sixteen different levels to beat, a wide variety of weapons to unlock, and a handful of secrets that can only be found by space pilots who dare travel off the beaten path. There is a progress save option that'll come in handy for practicing and mastering difficult stages, although players aren't allowed to use it more than three times during the entire mission.“