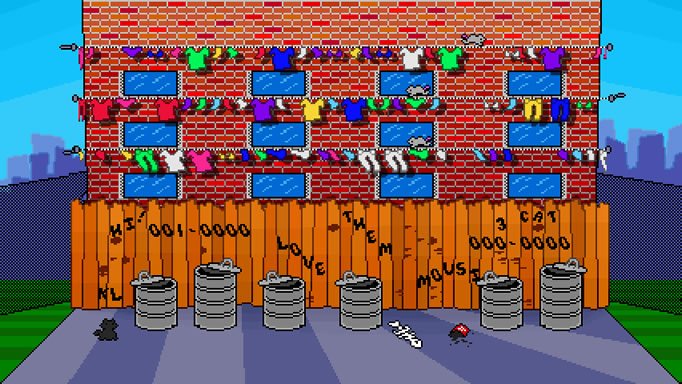 “Alley Cat is a game created in 1983 by Bill Williams and published by Synapse Software for Atari 8-bit and later IBM PC's and compatible computers. With quite simple, but pretty original arcade mechanics at the same time, it is one of the first computer games that I played as a child. Years ago I started to program a remake of the game. The intention was to use the same graphics of the original and add some new details, but the project went through so many different stages and was parked on countless occasions. Finally, after taking time here and there in a rather intermittent development, I managed to finish what I would like to see as a tribute to the original game and its author.” - Joflof

Alley Cat Remeow Edition is a remake of an older game. Here's some details about the original game:

They Need To Be Fed
platformer