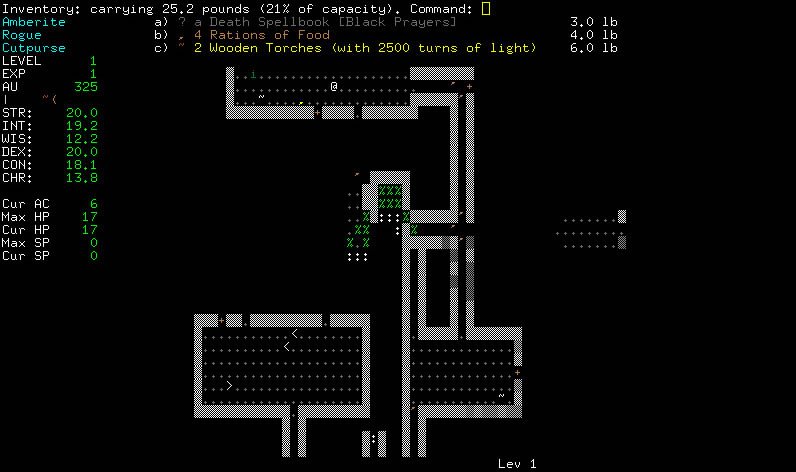 “The game of Zangband is a single player computer role playing game set in the world (although 'worlds' might perhaps be more accurate) of Amber created by the author Roger Zelazny. Zangband is a variant of the game Angband which is descended from the game Moria which is in turn based upon the game Rogue (hence Zangband's classification as a roguelike game). Rogue was, perhaps, the first computer game to use the terminal screen graphically with ASCII characters representing the player, dungeon features, objects and monsters as opposed to the text adventures of its day.” - Zangband dev team