adventure / point & click
full free version (?)
Questionaut is a adventure game released in 2009 designed and developed by Amanita Design. Questionaut can be described as a full free version game and can be played on the following operating systems: browser.
Free Games Utopia is made possible by displaying online advertisements to visitors.
Please consider supporting us by disabling your ad blocker. 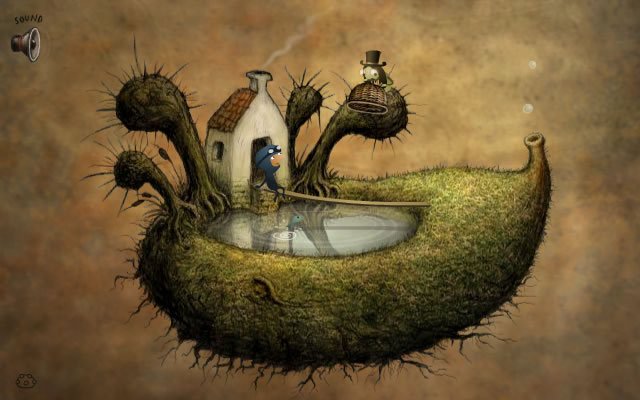 “Journey through strange worlds and test your knowledge of English, Maths and Science on this magical mission to recover your friend's hat.” - Amanita Design
Review by Freeware Database:
“Questionaut is a short point and click adventure game with educational elements, created by the developers of Machinarium and the Samorost series. True to it's name, players can expect to be quizzed on matters such as physics, mathematics and even general knowledge. The game consists of eight short stages in total.“

Lunchtime of the Damned
adventure