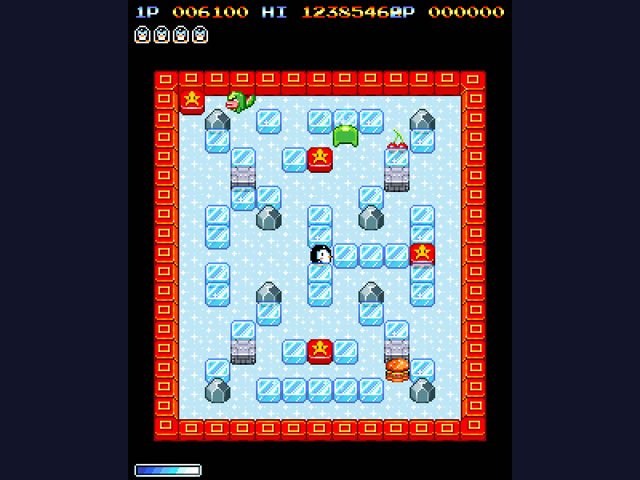 “Push-Push Penguin is a remake of Sega's original 1982 arcade game Pengo, at Black Cat we decided to remake Pengo as our entry into the Retro Remakes competition. We chose Pengo because we felt it was the perfect game to update and expand, adding power-ups, a combo system and a more expansive menagerie of bad guys has brought Sega's original concept alive again.” - Black Cat
Review by Freeware Database:
“Out of the many Pengo remakes released in recent years, Push Push Penguin by Tomaz Kac still stands as the best one available with minor changes made to vary gameplay. Among some of it's improvements include a simultaneous two player mode using joysticks or a single keyboard, a new freeze move and additional bonus items to collect. This particular effort may not impress the current generation of gamers but anyone who fondly remembers the arcade classic won't be disappointed one bit.“ 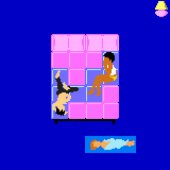 The Continuing Adventures of CyberBox
puzzle

There is no game
puzzle