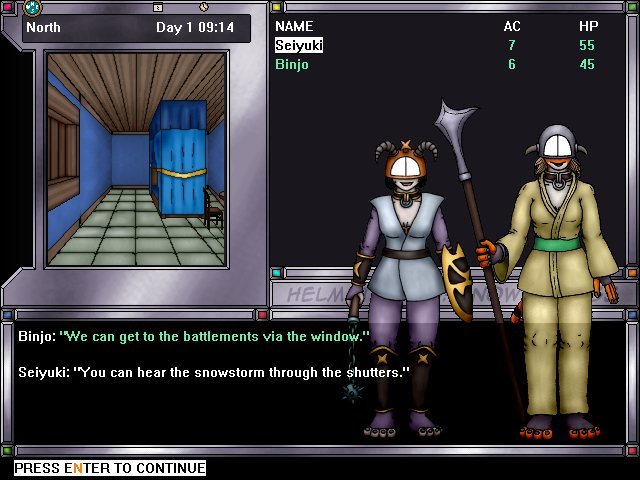 “Dungeon Craft is an effort to develop an RPG and editor that mimics SSI's Forgotten Realms Unlimited Adventures (FRUA). A few improvements have been made over the original FRUA, 16/24/32-bit color, more levels allowed, editable items/monsters/spells, and the resulting design includes the game executable so that each design is playable without the editor. Other differences exist, but I have attempted to duplicate FRUA/Gold Box behavior as much as possible. Of course, suggested improvements have a good chance of making their way into the source code.” - Dungeon Craft Team

Dungeon Craft is a remake of an older game. Here's some details about the original game:

Exile: Escape From the Pit
RPG