shooter / first-person shooter
liberated (?)
Colosso Revenge is a shooter game released in 1997 designed and developed by Campana Productions. Colosso Revenge can be described as a liberated game and can be played on the following operating systems: DOS. Colosso Revenge is part of the Colosso series.
Free Games Utopia is made possible by displaying online advertisements to visitors.
Please consider supporting us by disabling your ad blocker. 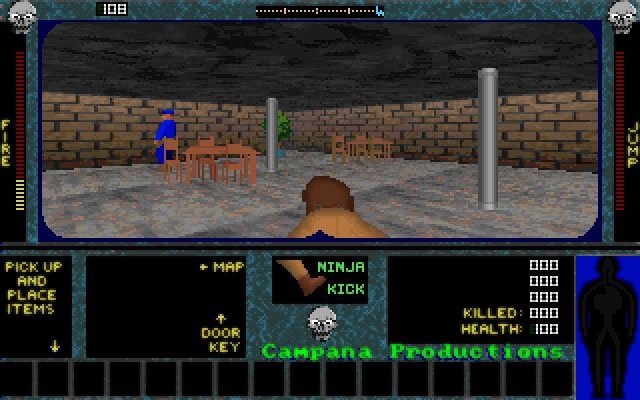 “This was part two in the series released in December of 1996. The story continues from episode #1. If you didn't purchased the game you missed out on a lot of fun. After the princess has been saved you learned that the mad doctor has left his monster machine on overload. You must now race to stop the machine before the world is destroyed. You had better hurry. As long as the machine is running you can still save us all, but more men and monsters are being made to fight you.” - Campana Productions