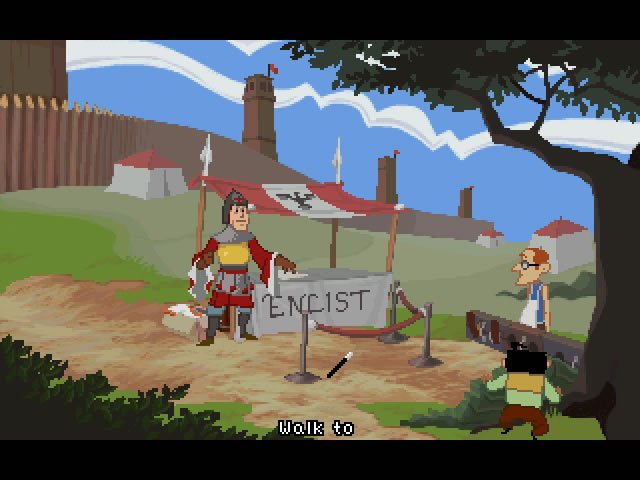 “The second chapter in the Apprentice series begins where the original left off. As the story continues, the black horse of war looms over the land, with the ominous Lord Ironcrow at the reins. Because Pib’s apprenticeship makes him vulnerable to the military draft, attaining wizardhood becomes imperative.” - Herculean Effort Productions

Flight of the Amazon Queen
adventure

Nick Bounty: The Goat in the Grey Fedora
adventure