adventure / point & click
full free version (?)
The Vacuum is a adventure game released in 2008 designed and developed by David Proctor. The Vacuum can be described as a full free version game and can be played on the following operating systems: Windows.
Free Games Utopia is made possible by displaying online advertisements to visitors.
Please consider supporting us by disabling your ad blocker. 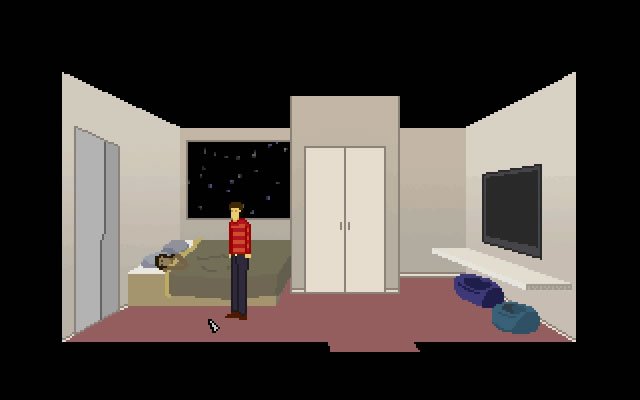 “In The Vacuum, you play Leo Wallace, a young student headed home for the summer on a 24th-century space freighter when the journey is interrupted by two explosions tearing through the passenger quarters. Stranded in deep space with the crew missing and no help available, you must determine what caused the accident and how to fix it.” - David Proctor
Review by Freeware Database:
“The Vacuum is a sci-fi adventure game which tells the story of a couple traveling home inside a cargo ship when a pair of explosions set off a chain of events that will forever change both of their lives. The final outcome is influenced by key decisions made by you during the course of your investigation, though most of the endings contain only minor variations in comparison.“