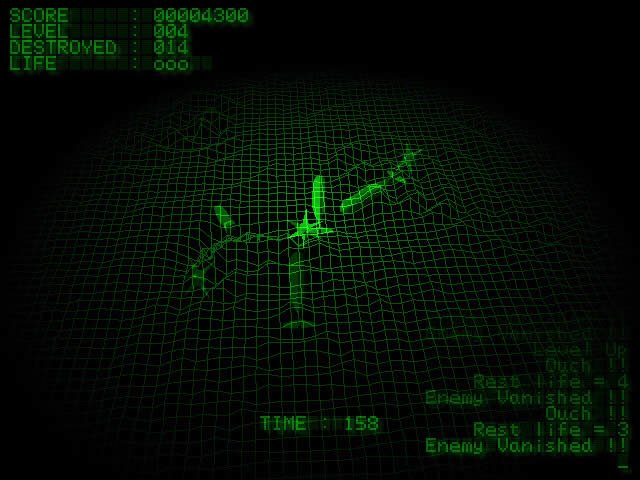 Review by Freeware Database:
“Invisible Vision is a 3D arena shooter set at sea, where players get to engage in naval battles with enemy submarines while surviving the occasional boss encounter or two. Wireframes are used to replicate the surroundings of a dark ocean, and with careful observation you can easily detect enemy ships based on the ripples caused by their movements. The arrow keys can be used to move your ship around. To launch a torpedo, just press the Z key. Every missed shot costs three seconds, and the game is over when you run out of time or lives.“