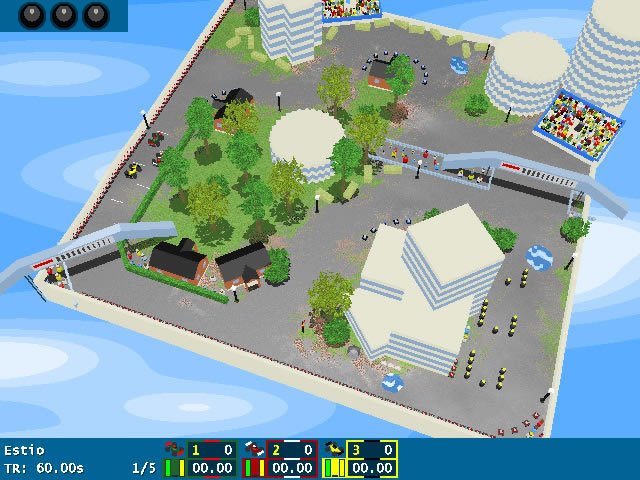 “GeneRally is a top-down arcade racing game, originally created in 2001 by Hannu & Jukka Räbinä as an homage to the classic "Slicks 'n' Slide" game. After well over a decade of success, GeneRally 2 is now in development with a Kickstarter funding campaign beginning in early 2014. It is currently developed by James Burgess and Markku Hyrkäs.” - Hannu & Jukka Räbinä
Review by Game Hippo:
“This game simulates car racing on more or less circular tracks. The cars are either human or computer controlled which you select in the game menu. Although it initially resembles the Micro Machines games, GeneRally is rather more complicated to play, due to the range of options available. The game includes a track editor, and with some knowledge of 3d modelling, it is also possible to create new vehicles for the game. If you don't mind dedicating some time to it, this will almost certainly be your favourite freeware racing game.“
Gene Rally key features: