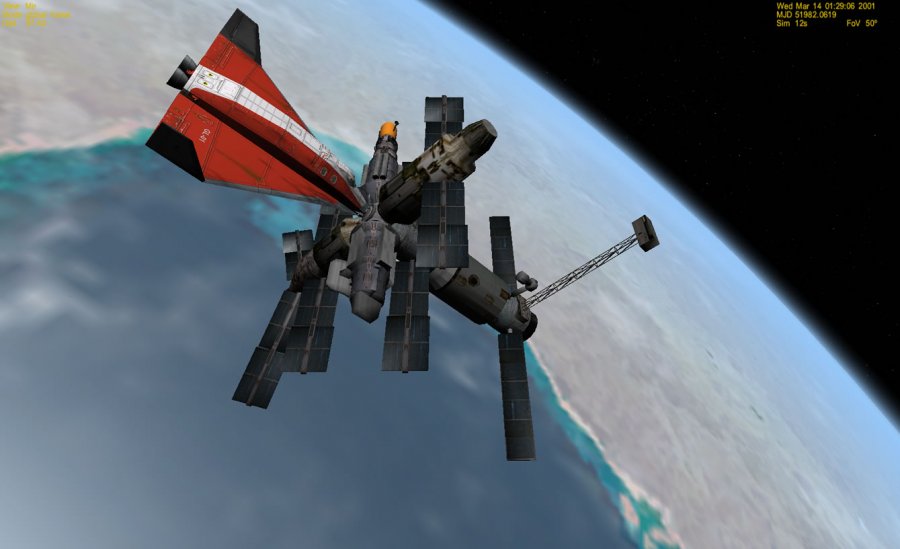 “Orbiter is a free and realistic space flight simulation program for the Windows PC. Orbiter is a simulator that gives you an idea what space flight really feels like - today and in the not so distant future.” - Martin Schweiger
Review by Game Hippo:
“Do you have 20 million dollars or are you an astronaut? I didn't think so. The second best thing you can do if you still want to explore space is to play this game. It's a phenomenal 3D space simulator that brings you on a inter-planetary adventure with realism that will make you see stars (pun intended). Due to its realism, it's necessary that the game engine is very complex which brings up the next issue namely the gameplay. Even though you must give credit for the game's elegance and for superbly incorporating complex astrophysical equations for the ultimate cosmic experience, there is no action, no flashy explosion or battle with alien ships. Orbiter is a flight simulator in space - no more and no less. This is also the beauty of the game. You fly around in space, deploying in missions such as landing and docking. The game comes with a handful of scenarios, ships and ship editor, and many addons on the author's homepage. For complete and lenghty documentation read the pdf files in the /Doc folder that are included with the game. In summary, I liked the game for its scientific exactness and precision and for the elegantly 3D rendering of space. The less encouraging fact (a consequent of the game's complexity) is that you need lots of practice flying and studying of manuals before you are able to have some real fun.“