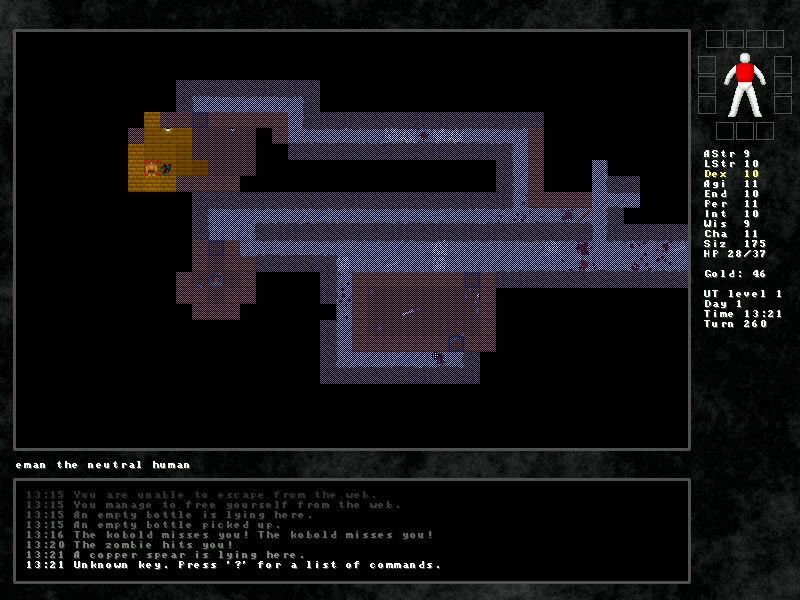 “Fellow adventurer, turn back while you can! For here begins the roguelike Iter Vehemens ad Necem, a Violent Road to Death. If you choose to travel along it, you will dive into countless exciting adventures to gain items of great magic, attain powerful equipment made of mysterious materials, bathe in the blessings of mighty gods and recruit loyal allies of various shapes and sizes. Unfortunately, along the way you will also often be dangerously injured, poisoned, catch numerous diseases, lose several limbs and transform into manifold different kinds of pitiful creatures in the darkest depths of hostile dungeons. And, at the end of the road, you are bound to perish in a most gruesome and painful way. Don't say we didn't warn you.” - Timo Kiviluoto
Review by Game Hippo:
“Iter Vehemens ad Necem (or IVAN, for short) is a graphical rogue-like that is simple enough for the casual gamer to play, but has even more depth than most of the others. Don't let the confusing name fool you, this is a game that rivals that of Nethack in the sheer joy of playing it. Within the world of IVAN, you play a lowly banana picker. One day, you are on your break when you are called to the castle. The viceroy of this colony tells you that another colony close by may be plotting against him, and you are givin the mission to take a letter to this place. You are not told what this letter says (you can't even read it), why you should do it, or what you are going to get out of it. You are just ordered to do it. Yes, the story is pretty lame, but the gameplay easily makes up for it. Overall, IVAN a great game with lots of features to keep you coming back for more, even when you've been killed by that pathetic little kobold around the corner. Most people could probably find something here to love, but the difficulty of the game is so unforgiving at times you might give up on it and move on to other games just because you lost your favorite character you worked so hard on. IVAN is the closest example of a perfect freeware RPG I've ever seen, and easily deserves a 10/10. I've always been a big Nethack fan, but IVAN has surpassed my expectations for any freeware RPG.“