platformer
full free version (?)
Deaths is a platformer game released in 2008 designed and developed by Jesse Venbrux. Deaths can be described as a full free version game and can be played on the following operating systems: Windows.
Free Games Utopia is made possible by displaying online advertisements to visitors.
Please consider supporting us by disabling your ad blocker. 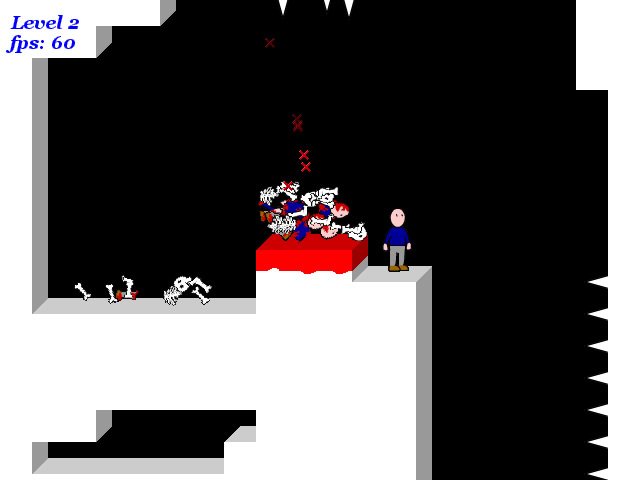 “What makes this game unique is the fact that it uses an online database to register the locations of player’s deaths. As such, when you play it loads the data and you’ll see where other people died.” - Jesse Venbrux

They Need To Be Fed
platformer

You Probably Won't Make It
platformer

You made it
platformer